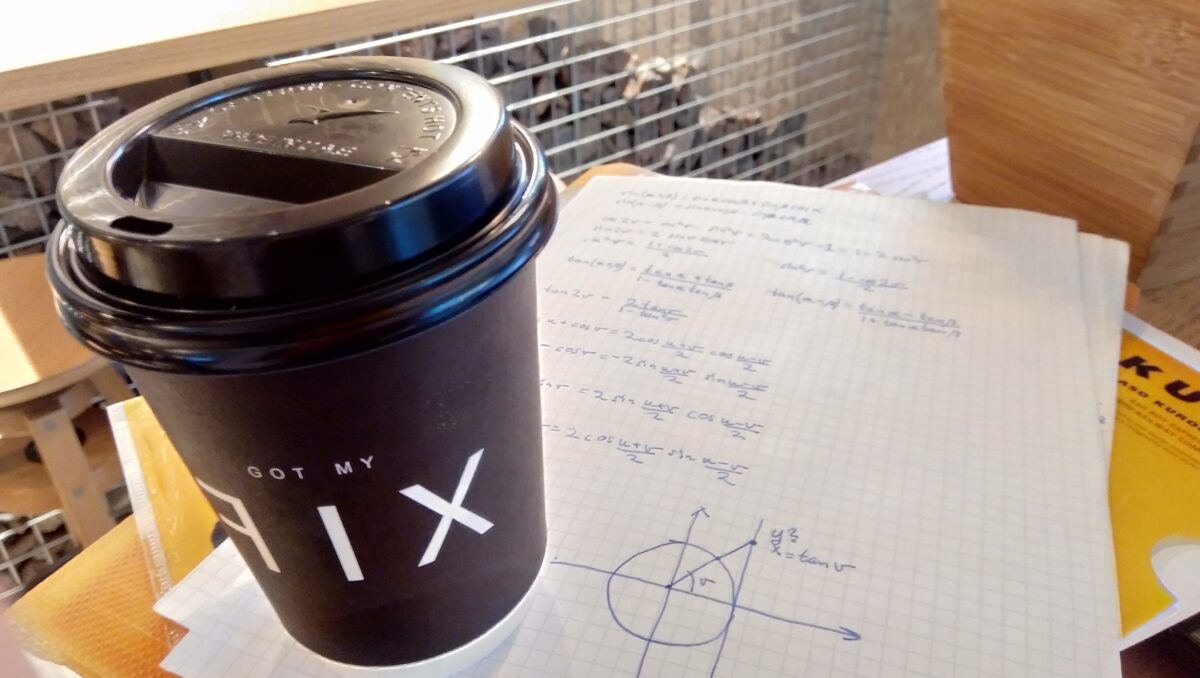 So, I just finished catching up on my flashcards of basic maths functions (mostly trigonometric formulas). I figured this wouldn’t be enough to remember how to solve analytical problems, but I opened my textbook and gave it a shot anyways.

Last time I did any of this was over a year ago, and I had marked what exercises I had done, so I basically just continued with the next exercise from where I had stopped. Turns out I can still do mathematical analysis!

To be fair, it was an easy problem, but even trying out the harder problems I could sort of figure things out. This made me think I should give some mock exam questions a shot next.

As I stated in my previous post, I think that the actual problem solving is how you can learn these skills. Psychologically, you’re building pathways and patterns between your neurons. Once these paths are built, you need to activate them from time to time to keep the knowledge. I think this is what I might have done when doing my flashcards, although I probably haven’t activated the whole neuron pattern for a certain kind of problem.

This got me thinking. What if I put in some actual exam problems as flashcards? After I’ve solved them of course, and the flashcard would contain just some general notes on how to solve the problem. Whenever I would do the flashcard I wouldn’t be trying to actually solve the maths problem, just quickly think about the problem solving steps and activate the neuron paths for it. Would that be a good way of retaining problem solving knowledge?

I think I’m gonna give this a shot, once I’ve done some mock exams.